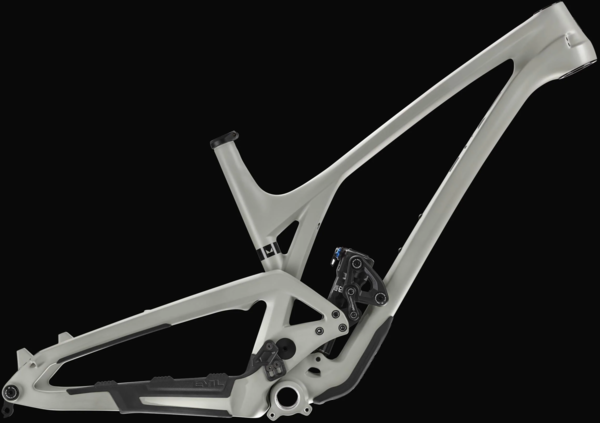 MORE POP, LESS FILLING
We took the most playful bike ever to manual the earth and poured Pop Rocks into a mouthful of Mountain Dew. And an inline shock makes sure the pop don't stop. Bantam frame and build weights, plus a tyrannically steep 77-degree seat tube angle mean the Following is even faster up than it is down… even if that flat out seems impossible.

WIN UP. WIN DOWN. FOLLOW NO ONE.
Too many bikes are chasing the same Reach horizon as everything gets numbed into aircraft-carrier lengths, and every bike uses the same 65-degree headtube angle—XC to Enduro+, hardtails included. You might as well just pick by color. Not us.

For the bike that started the entire shred-trail 29 movement, we can't hit the mute button on loud, fast, and fun times. We need to let the volume roar and the rally car needs to claw after every extra-credit popportunity it can't help but hit. And now, the rally car drifts uphill too.

In updating the Following, we've kept what makes it so special: lightning handling, shameless pop, and that uncanny ability to be there before you've even decided to go there. But we added in that die-hard XC determination with an over-the-pedals 77-degree seat tube angle. It'll climb, and climb, and climb. And just like the Following we love, it's first to the beer cooler. Always.

* Subject to change without notice.